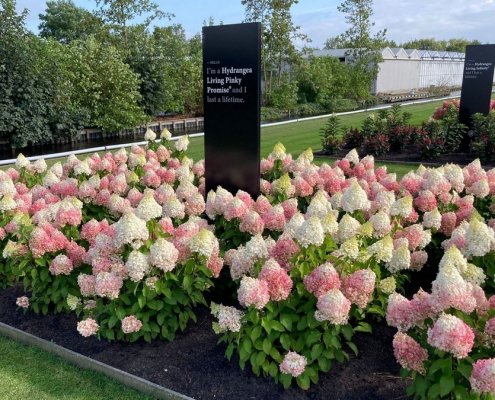 On 7 September 2021, the trial committee of the KVBC granted four KVBC-Awards after field trial. It concerns four new cultivars that have been bred and submitted for trial by Alex Schoemaker Living Creation from Boskoop. 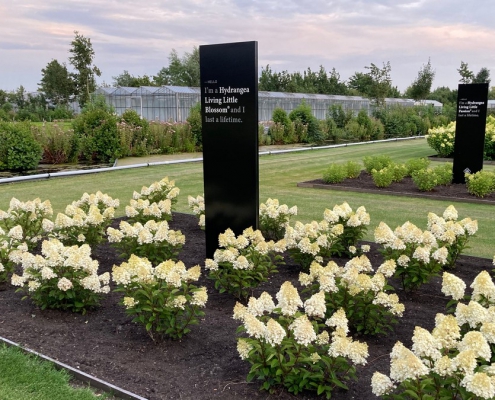 ‘LC NO8’ (Living Little Blossom) is a compact, regularly growing plant with strong branches. The plant does not grow too high. A striking feature is that ‘LC NO8’ is easy to force; it is possible to sell plants in bud around the end of May/beginning of June, so well before the big boom of other cultivars. The flower panicles consist of about 75% sterile flowers, which colour dark pink-red. Good to sell as a pot plant. 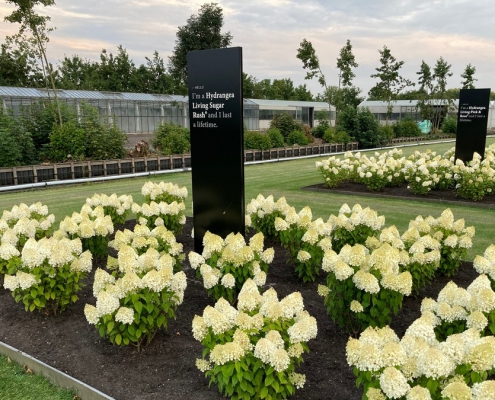 ‘LC NO11’ (Living Sugar Rush) is a very regularly shaped, broadly vase shaped to spherical plant. This makes this cultivar suitable for use in beds. The leaves are a lighter green than those of the other cultivars. LC NO11′ has the remarkable property that the sterile flowers do not change colour to pink (red) when they finish flowering. They get a very light pink glow, but the colour impression remains white. 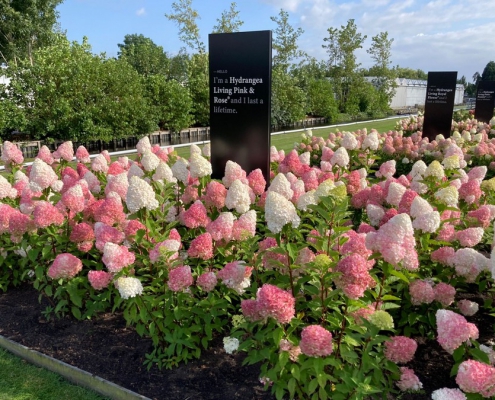 ‘LC NO14’ (Living Pink & Rose). Is a clearly more vigorously growing plant with fairly long, very sturdy branches. The plant is most similar to ‘Renhy’ (Vanilla Fraise), but has firmer twigs, especially when young. The flower panicles are also somewhat more regular in shape. In one plant, the branch length varies, so that the flower spikes develop at different heights. This is especially appreciated by the ‘users’ and consumers in the judging committee. Despite its sturdy appearance, ‘LC NO14’ has something elegant about it.

The cultivar that received a KVBC Gold Award (see picture above left), ‘LC NO12’ (Living Pinky Promise), can best be described as a lower and more compact growing ‘DVPPinky’ (Pinky Winky), with the plant form of ‘Silver Dollar’. The plant grows compact and regular, has excellent branching, sturdy branches and the white flowers turn a beautiful dark pinkish red when they finish flowering. The dark twigs add some more colour depth.

Detailed descriptions will be published in Dendroflora Nr. 57, which will appear early in 2022. 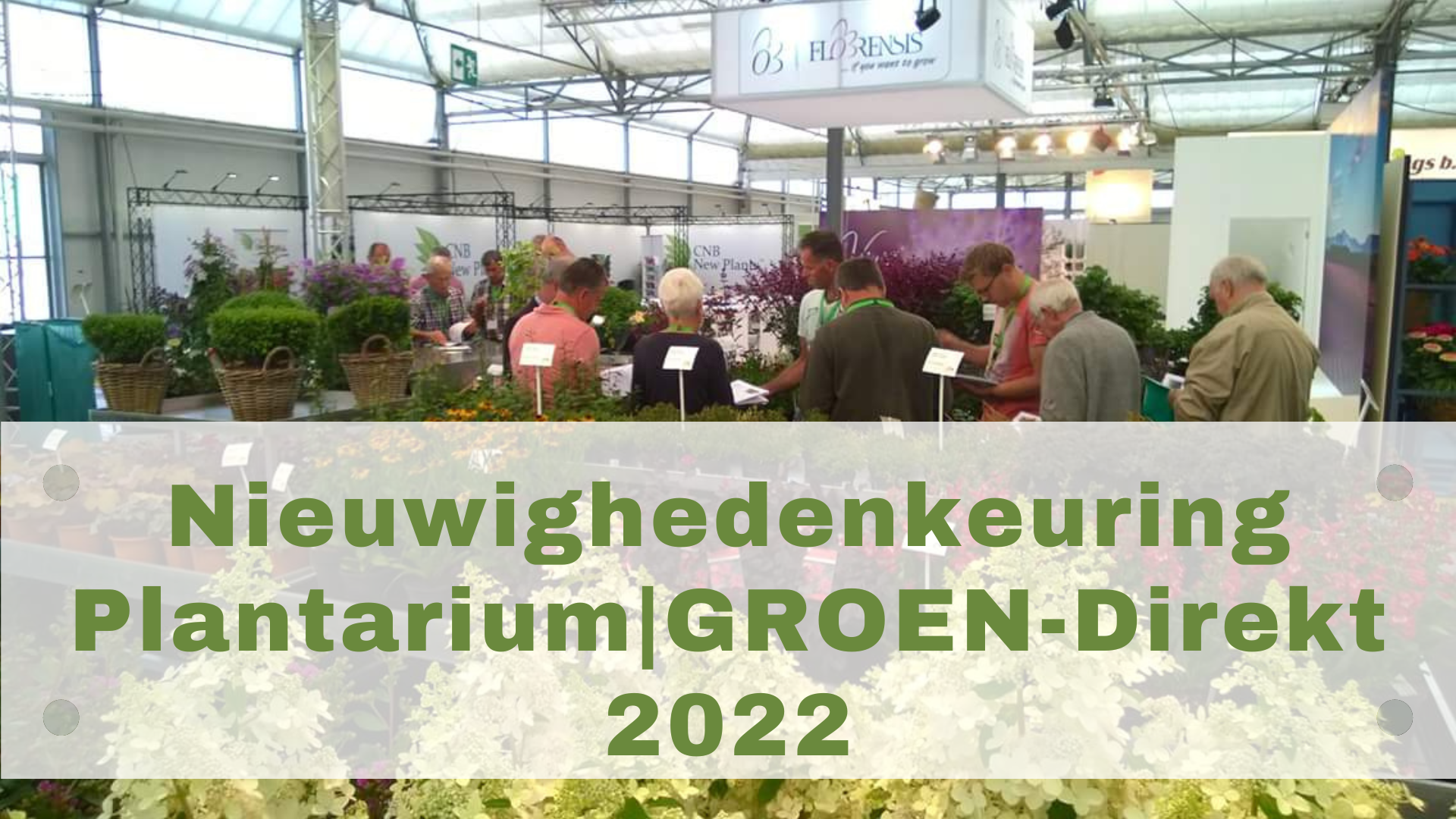