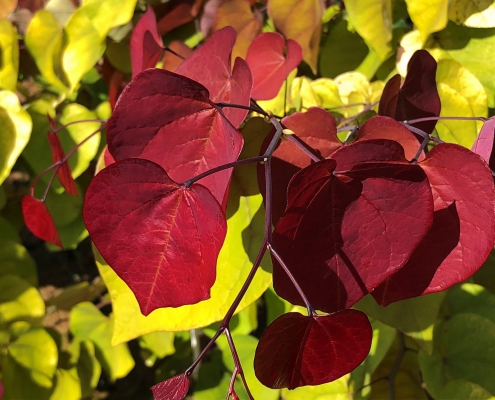 One day before the opening of the 31st edition of GrootGroenPlus, the trial committee of the KVBC judged 14 novelties, of which 9 received a medal. Six silver and three bronze medals have been awarded. This morning, 6 October, the winners were announced by the KVBC president, Helma van der Louw.

Six times Silver
Cercis canadensis ‘NC2016 2’ (ETERNAL FLAME) (see openingsphoto). The trial committee praised this cultivar, submitted by Zundert Plant BV from Zundert, for the beautiful contrast between the leaf colours: the young shoots are first black-red, then colour into deep red, after which the adult leaves turn dark yellow. 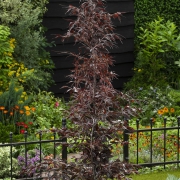 Fagus sylvatica ‘Verschuurfag1’ (MIDNIGHT FEATHER). This beech, submitted by A & E Maaijen VOF from Boskoop, stands out because of its good upright growth and beautiful combination of dark leaves that are first very narrow and later deeply incised. 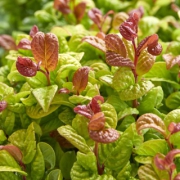 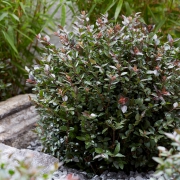 Lonicera nitida ‘GRLN02′ (GARDEN CLOUDS PURPLE STORM). Introduced by the applicant, Boomkwekerij Ad Vurens from Boskoop, as a Buxus replacement and judged as such. GRLN02’ has beautiful purple coloured young shoots. The adult leaves are a striking dark green and have a healthy appearance. 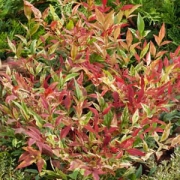 Nandina domestica ‘NRL2015’ (RED LIGHT). The jury praised the combination of the variegated leaves of ‘Twilight’ with the red shoots of ‘Seika’. This novelty was submitted by Boomkwekerij R. van Opstal from Zundert. 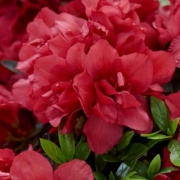 Rhododendron obtusum ‘Roblez’ (ENCORE AUTUMN FIRE). Although not unique, this Rhododendron is an improvement on the existing assortment, according to the jury. Roblez’, submitted by Van der Peijl Tuinplanten from Zundert, has sufficiently rich blooms with bright red flowers. The healthy dark green leaves form a good background for the flowers.