You are here: Home / Obituaries for Arjan Laros and Ben van Elk

In the past few weeks we have lost two members who, in their own way, have contributed a lot to the KVBC. Below their In Memoriam: 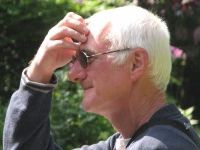 On Friday, October 18, 2019, Arjan Laros passed away at the age of 62. His death was very sudden and is still very unreal.

On Wednesday 16 October he was brought home by a colleague with pain in his back and leg. Two days later he died due to an arterial bleeding.

We knew Arjan as a great craftsman and plant expert. Arjan was a member of the Trial Committee for many years and has supervised various star trials. He took hold of this with unwavering enthusiasm and did not settle for half answers about plant naming, traits and relationships. In addition, he regularly made valid comments during trials or asked questions that nobody had thought about. Arjan has also been on the editorial board of Arbor Vitae for many years on behalf of the KVBC and was a member of the editorial board of Dendroflora.

We will miss him in many ways!

The board of the KVBC wishes his wife, children, grandchildren and further family and friends a lot of strength. 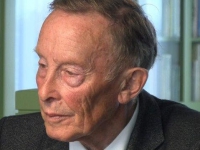 An important part of his working life was as a researcher at the Proefstation voor de Boomkwekerij in Boskoop. A number of subjects received special attention, including the Clematis genus, in particular the composition of the potting soil, and the use of growth substances in the propagation of woody crops.

Early on, Ben recognized the importance of growing in pots and containers. While everyone thought: “that is not necessary in Boskoop with its excellent land” Ben continued to promote this. Nowadays, pot and container cultivation can no longer be ignored.

Ben was also active in the tree nursery world outside of his office. He was secretary of the Boskoops Arbitration Court for the Tree Nursery, member of the editorial staff of Dendroflora, secretary of the Board of the Tree Nursery Museum and adviser to the Plantarium organization. Ben was a regular visitor at the annual meetings until he moved to Groningen. He always had something to ask or say to the board. For example: what does the KVBC do for the next Floriade? He had a great sense of language and that came in handy as an editor for Dendroflora. He has also translated a number of Dendroflora’s into English.

Ben van Elk, a colorful figure, has meant a lot to the tree nursery sector. The mourning letter stated:

On 1 November, during a busy church service in Haren, we said farewell to Ben van Elk.

The board of the KVBC wishes the relatives of Ben van Elk a lot of strength in this sad time.